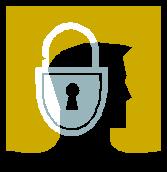 When Gentry Beach and Robert Vollero sued their former employer--Touradji Capital Management, LP--claiming that the company had wrongfully withheld more than $50 million in pay, the latter alleged that the guys had stolen "proprietary information."

During the course of pre-trial discovery, a dispute arose as to whether certain reports--prepared by a computer forensic analyst hired by Beach and Vollero--were privileged "attorney work product" that didn't have to be shared with their opponent's counsel.

While the New York County Supreme Court sided with the guys, the Appellate Division, First Department, thought that the lower court should have looked at the documents to see what portions of the reports, if any, were attorney work product and thus exempt from discovery.

That, of course, was our privilege.

To view a copy of the Appellate Division's decision, please use this link: Beach v. Touradji Capital Mgt., LP