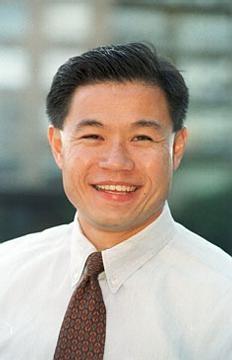 City Comptroller John C. Liu this week notified Dept. of Consumer Affairs (DCA) Commissioner Jonathan Mintz that an audit of his agency that uncovered troubling information about a tech contract had been halted and referred to the Dept. of Investigation (DOI). The Comptroller's office halted the audit because auditors encountered unprecedented interference by the agency. The audit's preliminary findings and the DCA's egregious attempts to block the Comptroller's City Charter-mandated duties are detailed in a letter (see link below) that was sent to Commissioner Mintz and the DOI on February 5.

"This audit was engaged because of persistent questions about the expenditure of $25 million for a special project," Comptroller Liu said. "City auditors faced unprecedented interference by agency officials to the point where my office has no choice but to abort the audit and refer the matter to the DOI. It is extremely problematic for taxpayers and the public when a City agency impedes the Comptroller's Office from carrying out its Charter-mandated responsibility."

Comptroller Liu launched the audit in early 2012 in order to determine if DCA was properly monitoring its contract with Gartner, Inc. (Gartner), the project manager and quality-assurance consultant that the DCA had hired for its On-Line Services Enhancement Project (OSEP). The OSEP project, which hasn't been completed, sought to create an online system for businesses to apply for, renew, and pay for their licenses with the DCA and other agencies. The DCA hired Gartner in 2007 for two years, at the cost of $2.7 million. By December 2012, however, the DCA had quadrupled its spending on Gartner and awarded the company $11.5 million, of which it has paid out $10.4 million. To date, the DCA has spent $25 million out of a total $33 million in contracts it has with various vendors on the OSEP project.

Almost right away, Comptroller Liu's audit came upon a thicket of red flags and roadblocks in the DCA's management of Gartner's work on the OSEP project, including:

· Several monthly timesheets that the DCA approved and gave to auditors appeared as if they had been manufactured after auditors had asked for them, and not prepared in the normal course of business. One timesheet, supposedly from January 2011, listed a Gartner project manager who didn't start working on the project until a year later, in February 2012. Two other time sheets were signed five months after the invoices were paid. Other timesheets were not signed by the DCA CIO or Gartner staff but were still paid.

· The DCA tried to mislead auditors about the number of consultants it had working on the OSEP project, telling them that only one full-time and one part-time consultant were on the project during a particular period of time. A later check of invoices from Gartner showed that, for the period in question, the DCA was paying five to six consultants on average.

· The DCA took over two months to provide auditors with Gartner's invoices and timesheets, which should have been readily available. The DCA generally paid Gartner's consultants from $210 to nearly $300 per hour.

· Faced with the DCA's misdirection and questionable documents regarding billing and payments, the auditors sought to obtain staff explanations for the preliminary audit findings. DCA officials, however, insisted that senior management representatives attend all meetings between auditors and DCA and Gartner personnel, a deviation from the normal auditing process.

· The questionable timesheets and other audit documents are available here:

· The DCA's CIO seemed to have assumed considerable and unusual responsibility over the OSEP project, and the agency demonstrated little oversight of his activities. The CIO oversaw Gartner's work, created the task orders, signed consultants' timesheets, and approved Gartner's invoices. DCA staff told auditors that if the CIO determined the project needed to be expanded in cost or in scope, his decisions were generally approved with very limited review.

· The DCA paid Gartner more than $113,000 from the OSEP budget for certain services, such as access to a professional network and training for the CIO, which had nothing to do with OSEP. In fact, the agency did not at first provide auditors with invoices for the payments, most of which the CIO had approved, even though the auditors had requested all of Gartner's OSEP invoices. Comptroller Liu's audit team uncovered the invoices' existence and obtained them only after specifically requesting them from the DCA. The DCA has acknowledged that the services for which it paid were outside the scope of the OSEP project.

· In a departure from normal audit protocol, the DCA did not provide advance notice to the auditors that the CIO — the person primarily responsible for overseeing the contract — was leaving on April 13, 2012. After he left, the auditors learned that the DCA had posted an ad for his job on March 16, 2012. By failing to disclose such material information to the audit team, the DCA significantly undermined the ability of the auditors to obtain critical information concerning the contract's management.

It could not be determined whether reasonable explanations existed for some of the concerns raised by the audit findings because of the agency's efforts to hinder the process.

The DCA's oversight of Gartner was audited in part because anticipated payments to the consultant had risen more than fourfold and because the project appeared to be behind schedule. The DCA hired Gartner on July 1, 2007 for two years, at the cost of $2.7 million, in order to help develop a system that would allow businesses to apply for and renew licenses online. By Dec. 3, 2012, DCA spending on Gartner had nearly quadrupled, to $10.4 million, with a total allowance of $11.5 million. Four years after Gartner was hired, a systems integrator (Accenture) was brought in to develop the system under Gartner's oversight. The project is ongoing.

Gartner had previously featured in a 2011 audit of the Department of Sanitation's Automatic Vehicle Location (AVL) system, on which it was a consultant. That audit raised questions about payments to Gartner under the AVL project that were not related to that project.

The full text of Deputy Comptroller for Audit Tina Kim's letter to DCA Commissioner Jonathan Mintz, informing him of the cancellation of the audit and the referral to the Department of Investigation, is available here: