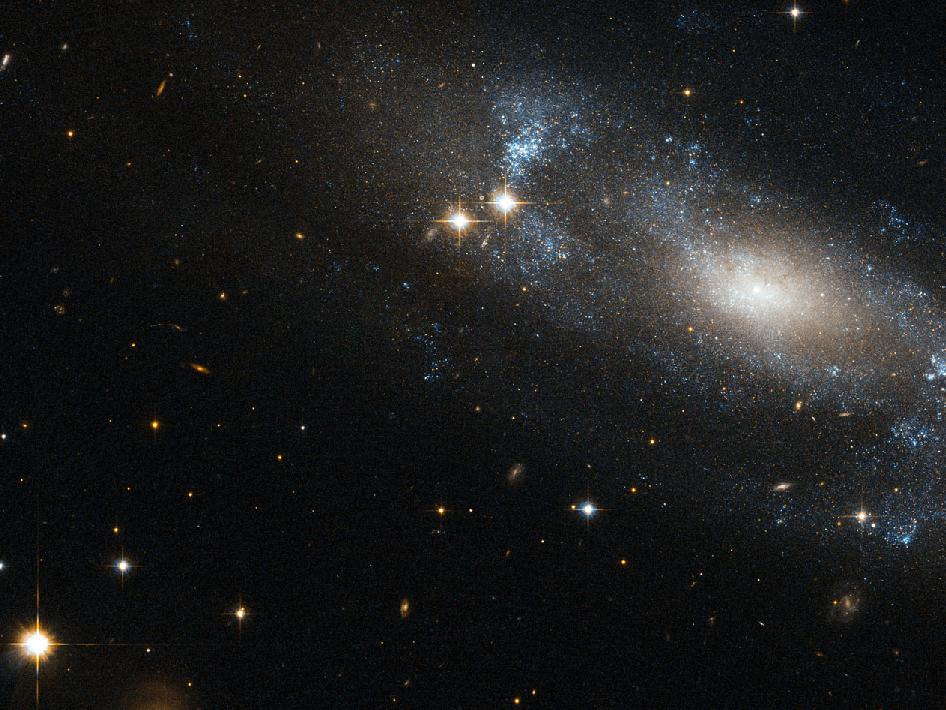 The Hubble Space Telescope has spotted the spiral galaxy ESO 499-G37, seen here against a backdrop of distant galaxies, scattered with nearby stars.

The galaxy is viewed from an angle, allowing Hubble to reveal its spiral nature clearly. The faint, loose spiral arms can be distinguished as bluish features swirling around the galaxy’s nucleus. This blue tinge emanates from the hot, young stars located in the spiral arms. The arms of a spiral galaxy have large amounts of gas and dust, and are often areas where new stars are constantly forming.

The galaxy’s most characteristic feature is a bright elongated nucleus. The bulging central core usually contains the highest density of stars in the galaxy, where typically a large group of comparatively cool old stars are packed in this compact, spheroidal region.

One feature common to many spiral galaxies is the presence of a bar running across the center of the galaxy. These bars are thought to act as a mechanism that channels gas from the spiral arms to the center, enhancing the star formation.