I write to invite you to a reception I will be co-hosting for Melissa Crane, candidate for Civil Court Judge. The reception will be from 6 to 8 p.m. on Wednesday, May 30, 2012, at the Soldier's Sailors' & Airmen's Club located at 283 Lexington Avenue. (I've attached the invitation together with a contribution form.)

Melissa is superbly qualified to be a Civil Court Judge, having a distinguished background in both private practice and public service. Melissa worked with two well-known firms here in Manhattan for ten years, first at Hughes Hubbard & Reed LLP, and then at Kasowitz, Benson, Torres & Friedman LLP. During the last ten years of her legal career, Melissa has served with distinction as the Principal Court Attorney to Justice Karla Moskowitz in both the Supreme Court, where the Judge was assigned to the highly prestigious Commercial Division, and the New York State Appellate Division, First Department. You may recognize Melissa's surname: she is the daughter of Hon. Stephen G. Crane, retired Associate Justice of the Appellate Division.

A graduate of Brandeis University and Cornell Law School, Melissa also serves on the Executive Committee of the Commercial and Federal Litigation Section of the New York State Bar Association and is co-chair of its Appellate Practice Section. She was designated "Most Highly Qualified" by two independent judicial screening panels, and on July 21, 2011, the Independent Judicial Election Qualification Commission for the First Judicial District found her qualified for election to the judicial office of Civil Court for the City of New York, New York County.

The rules governing fundraising for judicial campaigns are significantly different and more challenging than many other types of political campaigns in which you may have participated. The fundraising restrictions on Melissa require that she depend exclusively on supporters like you and me to raise money on her behalf. I have committed myself to Melissa's campaign and hope that you will do the same.

Melissa is a very special person and will be an exceptional judge -- I urge you to support her.

I hope to see you on May 30. Should you have any questions, please contact me. 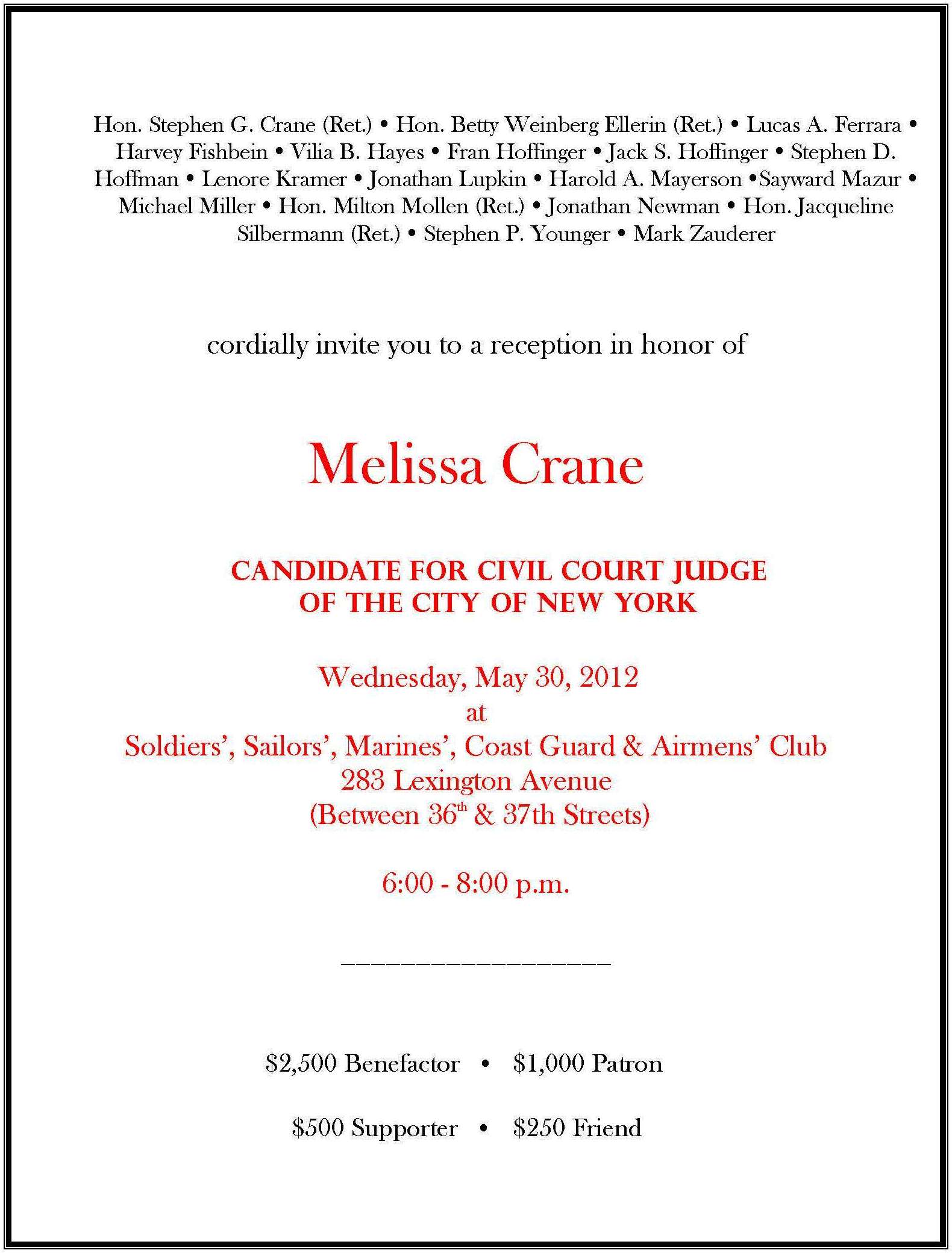 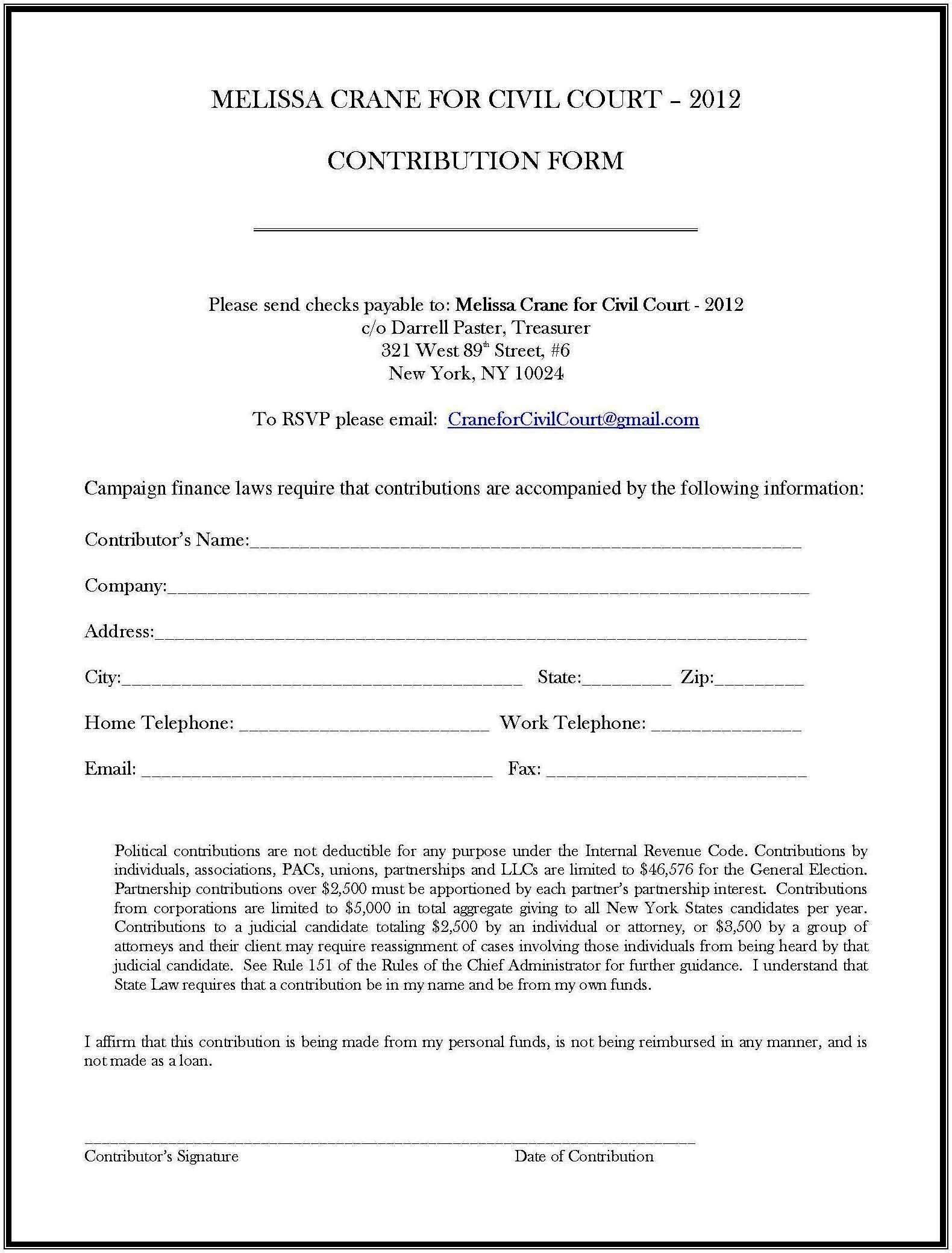