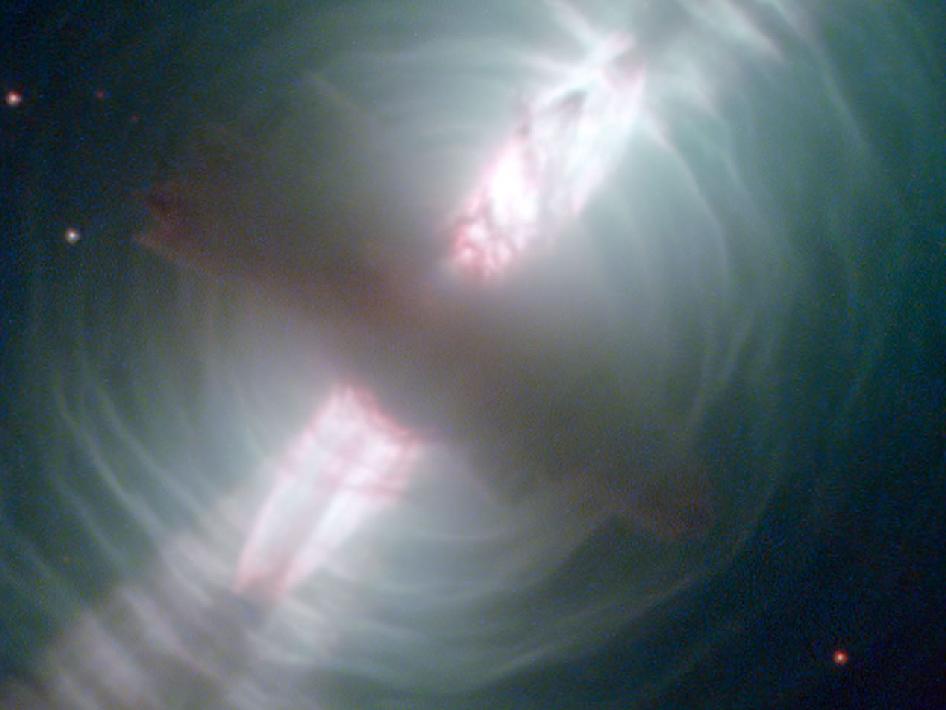 Within the Realm of a Dying Star

The NASA/ESA Hubble Space Telescope has been on the forefront of research into the lives of stars like our sun. At the ends of their lives, these stars run out of nuclear fuel in a phase that is called the preplanetary or protoplanetary nebula stage. This Hubble image of the Egg Nebula shows one of the best views to date of this brief, but dramatic, phase in a star's life.

During the preplanetary nebula phase, the hot remains of an aging star in the center of the nebula heat it up, excite the gas and make it glow over several thousand years. The short lifespan of preplanetary nebulae means there are relatively few of them in existence at any one time. Moreover, they are very dim, requiring powerful telescopes to be seen. This combination of rarity and faintness means they were only discovered comparatively recently. The Egg Nebula, the first to be discovered, was first spotted less than 40 years ago, and many aspects of this class of object remain shrouded in mystery.

At the center of this image, and hidden in a thick cloud of dust, is the nebula's central star. While scientists can't see the star directly, four searchlight beams of light coming from it shine out through the nebula. Researchers hypothesize that ring-shaped holes in the thick cocoon of dust, carved by jets coming from the star, let the beams of light emerge through the otherwise opaque cloud. The precise mechanism by which stellar jets produce these holes is not known, but one explanation is that a binary star system, rather than a single star, exists at the center of the nebula.

The onion-like layered structure of the more diffuse cloud surrounding the central cocoon is caused by periodic bursts of material being ejected from the dying star. The bursts typically occur every few hundred years.

This image is produced from exposures in visible and infrared light from Hubble's Wide Field Camera 3.