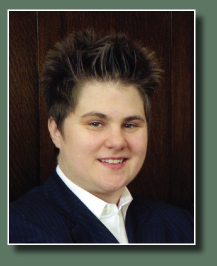 With Actress and Activist Michelle Clunie
Of Showtime's "Queer as Folk"

Yetta Kurland has been a leader in progressive politics and social justice for over two decades.

Striving to empower those around her, Yetta's long history of activism includes community based initiatives, as well as work through both judicial and legislative channels to advocate for civil rights, education, arts and culture, affordable housing, employment rights and health care issues.

Yetta Kurland has strong roots in the community, and has been a leader in the field of education, becoming a teacher and founding a language arts school in her early twenties.

As a tenant rights activist, Yetta has worked on creating sustainable and affordable housing solutions for New Yorkers, and has defended tenants in eviction proceedings to protect their rent stabilized and rent controlled homes throughout the City.

As a civil rights attorney, Yetta has worked to provide legal services to underrepresented communities. She has fought tirelessly to protect workers in both private companies as well as those working for the City of New York. Yetta is currently representing Emergency Medical Services workers suing the City for unfair promotional practices. She is also representing an individual wrongfully arrested during the 2004 Republican National Convention and has recently settled a suit against a City hospital for failure to provide proper medical care. Furthermore, Yetta is one of the leading figures in the community effort to keep a hospital at the site of the former St. Vincent's Medical Center so that residents along the west side of Manhattan have access to adequate healthcare in times of need.

Yetta Kurland has worked on a city and state level to help legislate on important issues such as safety and education as well as constitutional issues such as the rights to assemble, freedom of speech, and the right to due process.

In 2009, Yetta ran in a City Council race that was an open seat when she began, only to face an incumbent who happened to be Speaker of the City Council. By running a positive campaign and advocating for how she could represent New Yorkers in the Council, she received over a third of the votes in a three way race against the most powerful Democrat in the City of New York as first time candidate.

Yetta Kurland has proven herself to be a compassionate leader and an independent thinker. She is a champion of the underrepresented.
Categories: