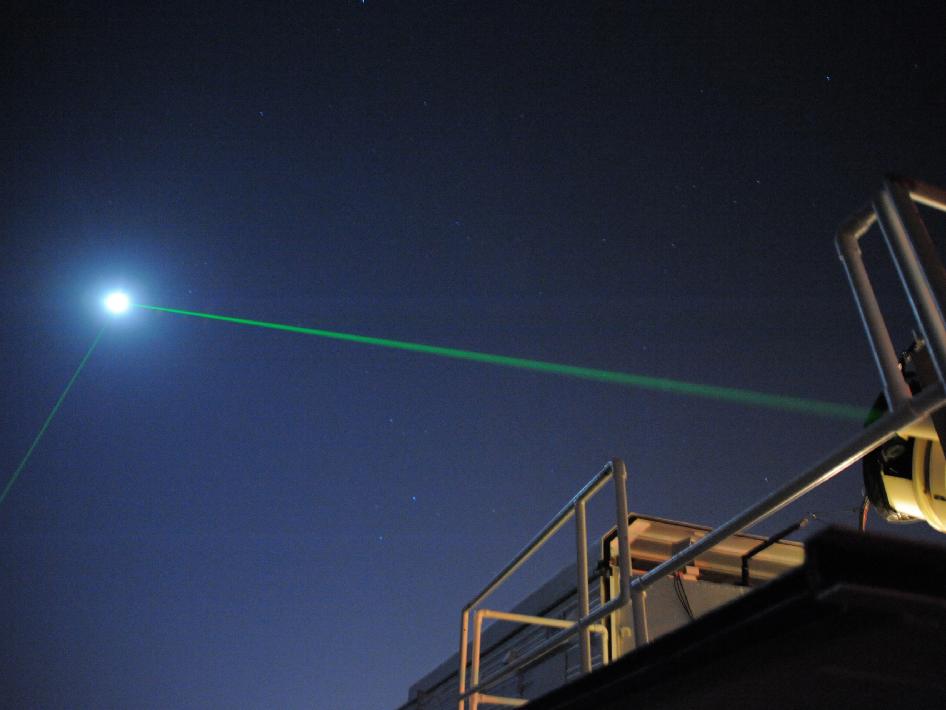 This photograph shows the Laser Ranging Facility at the Geophysical and Astronomical Observatory at NASA's Goddard Spaceflight Center in Greenbelt, Md. The observatory helps NASA keep track of orbiting satellites. In this image, the lower of the two green beams is from the Lunar Reconnaissance Orbiter's dedicated tracker. The other laser originates from another ground system at the facility. Both beams are pointed at the moon -- specifically at LRO in orbit around the moon.