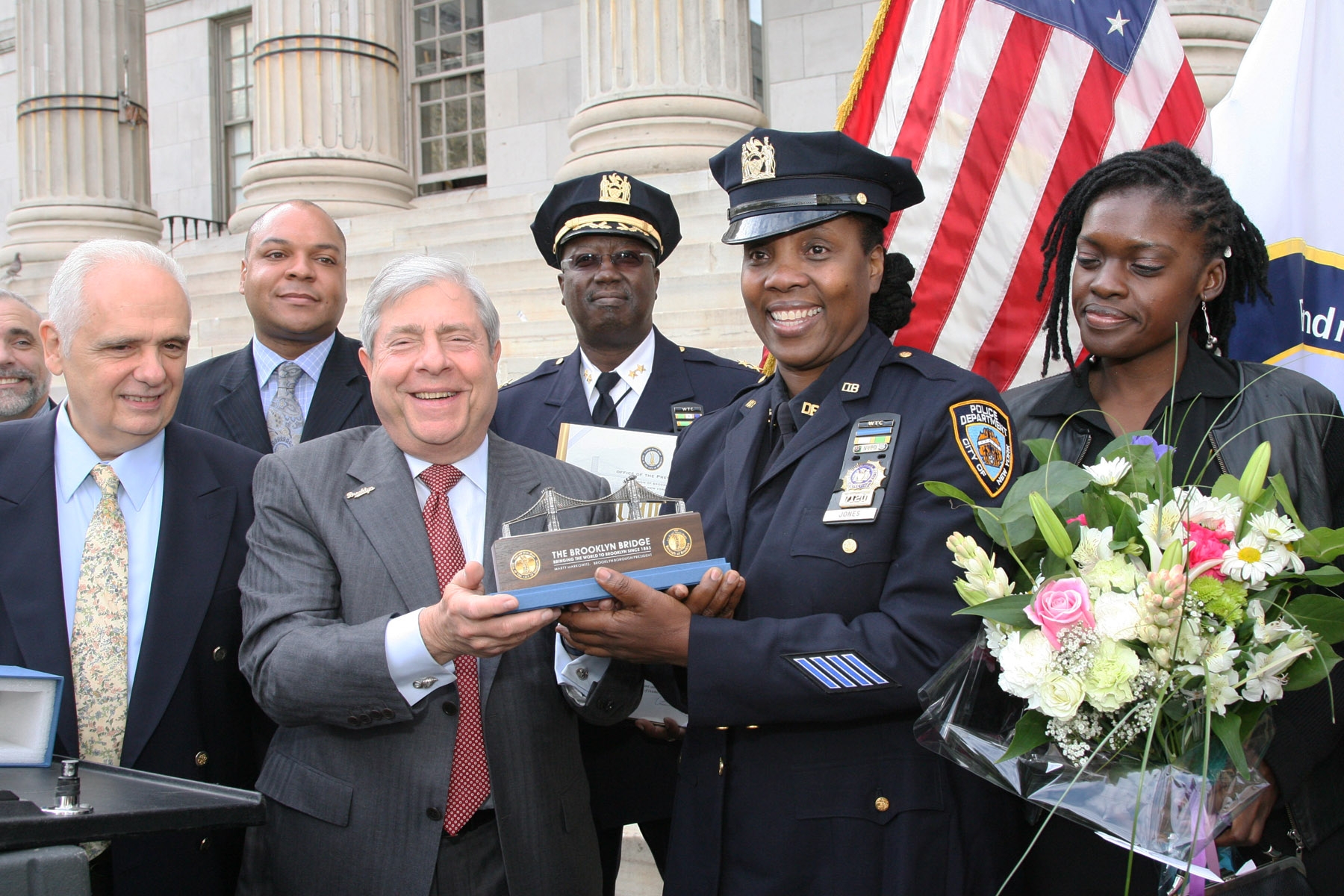 Whereas, it is most fitting that we recognize those extraordinary individuals who are committed to upholding and enforcing the laws of our society, maintaining public safety, and working to improve the quality of life in our communities; and

Whereas, all of Brooklyn pays tribute to and thanks newly promoted Detective Feris Jones, whose efforts and quick thinking on the afternoon of Saturday October 23,  ensured the safety and well-being of the customers at Sabine's Hallway beauty salon in Bedford Stuyvesant and the residents of her community, and who went above and beyond the call of duty, perhaps sparked by what our own beloved Councilmember Tish James said best, "never mess with a black woman when she's getting her hair done;" and

Whereas, on behalf of all Brooklynites, I salute Detective Feris Jones a dedicated police officer whose bravery, marksmanship and courage exemplify all that is good about the New York City Police Department, a devoted single mom whose children are lucky to have her as a role model, I commend her for her clear-headed, decisive actions that clearly saved lives and brought a criminal to justice without the use of lethal force, I join with the grateful customers of Sabine's Hallway beauty salon, the residents of Brooklyn, Mayor and Commissioner Kelly in expressing our deepest gratitude, admiration and respect, I congratulate Detective Jones as she is duly honored here today for her heroics and for being an inspiration for others to follow and for her much deserved promotion, I thank her for her steadfast commitment to keep the residents and community of the great borough of Brooklyn a safe place to live, work and raise a family;

Now, therefore, I, Marty Markowitz, President of the Borough of , do hereby proclaim Thursday, October 28, 2010

In witness whereof, I have hereunto set my hand and caused the seal of the Borough of to be affixed this 28th day of October 2010.