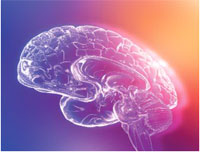 On a recent episode of Lifetime Television's show Army Wives, lead character Joan was diagnosed with a Traumatic Brain Injury (TBI) sustained from a bomb blast while on active duty in Iraq. The leading cause of injury among U.S. forces serving in Afghanistan and Iraq is TBI.

CDC subject matter experts consulted with Army Wives writers and producers on TBI signs and symptoms and the importance of rest during recovery from a TBI. The upcoming storyline covering Joan's recovery is an example of a partnership between CDC, Hollywood Health & Society, and Lifetime Television to help raise public awareness and improve prevention, recognition, and response to TBI.

TBI is an important public health issue that has far-reaching consequences--impacting the daily lives of those injured, as well as the lives of their families--and it is not just a risk for our service men and women. An estimated 1.7 million civilian deaths, hospitalizations, and emergency department visits related to TBI occur in the United States each year.

Learn more about TBI and share your stories with other brain injury survivors at www.facebook.com/cdcheadsup .