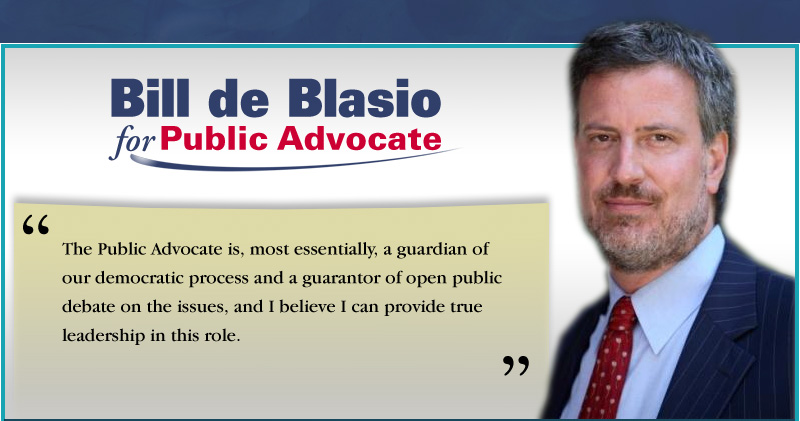 On Tuesday, March 3, 2009, the Lynfords will be hosting a fundraiser for yet another Public Advocate candidate -- Bill de Blasio.

The suggested minimum contribution is $250.

Here are the particulars: 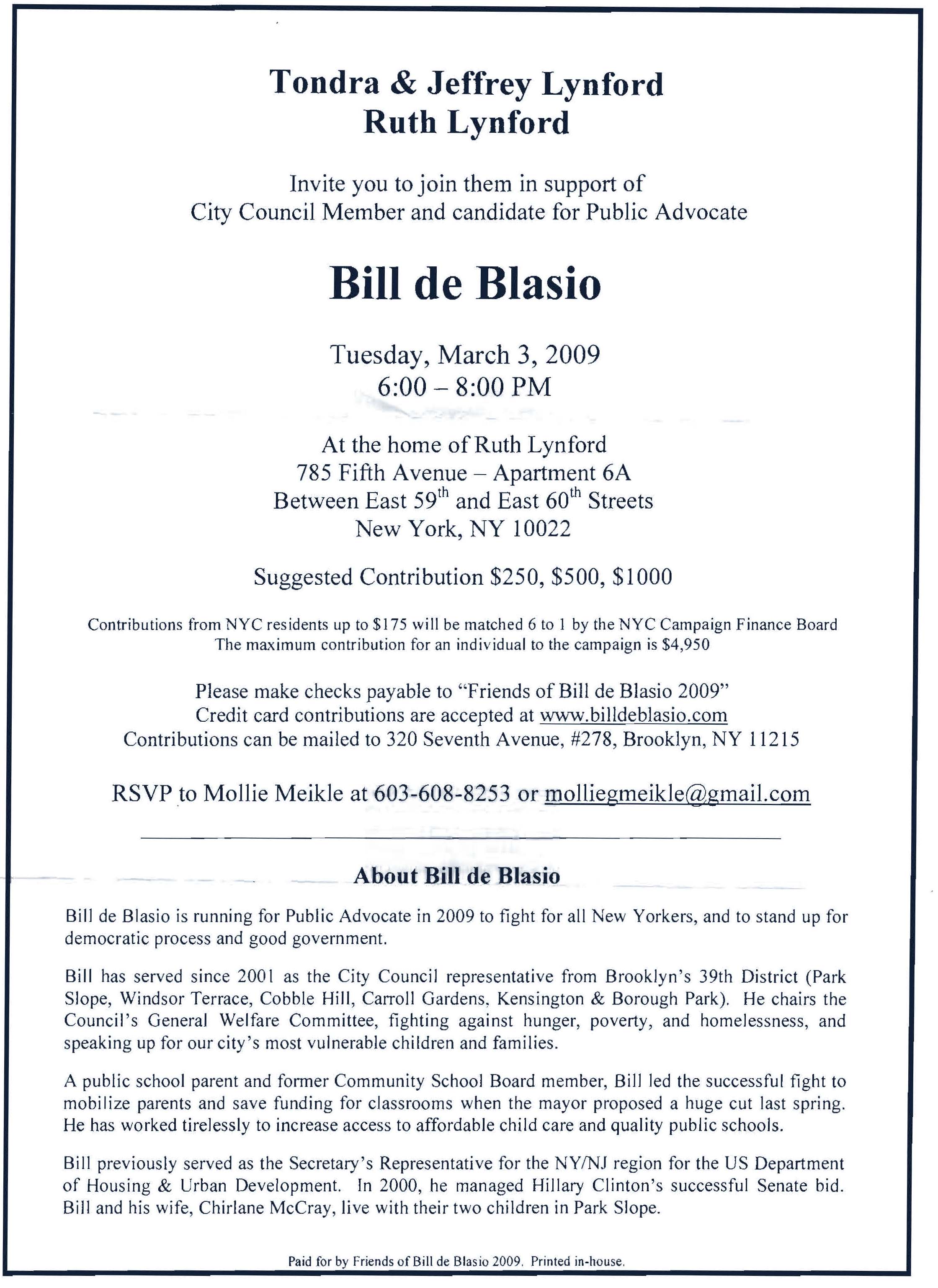