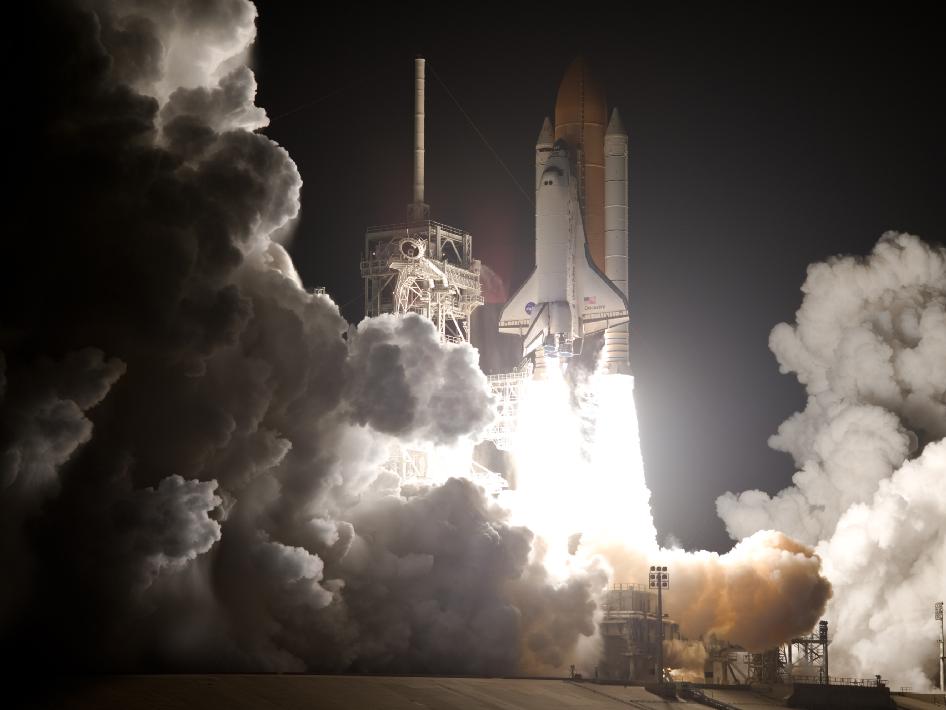 Beauty in the Night

Billows of smoke and steam rise above Launch Pad 39A at NASA's Kennedy Space Center in Florida alongside space shuttle Discovery as it races toward space on the STS-128 mission.

The STS-128 mission is the 30th International Space Station assembly flight and the 128th space shuttle flight. The 13-day mission will deliver more than 7 tons of supplies, science racks and equipment, as well as additional environmental hardware to sustain six crew members on the International Space Station. The equipment includes a freezer to store research samples, a new sleeping compartment and the COLBERT treadmill.