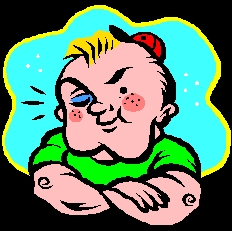 In Flanagan v. Canton Central School District , Sharon Flanagan filed suit on behalf of her son, Brendan, after he was pushed from behind and injured by another fifth grader in a school's locker room.

(Because the push caused Brendan to hit his head and abdomen on a locker and bench, an emergency splenectomy -- the surgical removal of the spleen -- was required.)

Although the kids were particularly rowdy and weren't following their physical education teacher's instructions, the teacher opted to remain in the gym to converse with a student.

Despite Flanagan's negligent supervision claims, the St. Lawrence County Supreme Court found in the school's favor and dismissed the case.

On appeal, the Appellate Division, Third Department, reiterated a school is only liable for foreseeable injuries caused by inadequate supervision. Since questions existed as to whether the school could have anticipated the accident and whether the teacher's lapse caused the injury, the AD3 reversed the lower court's determination and reinstated the lawsuit.

To download a copy of the Appellate Division's decision, please use this link: Flanagan v. Canton Central School District