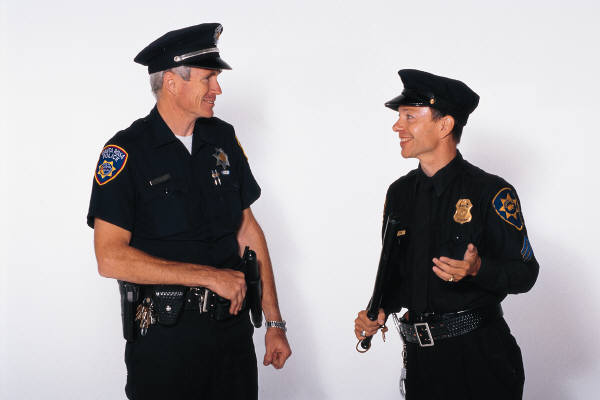 In Falk v. Chittenden , Robert Falk attempted to have Timothy Chittenden's attorney, Jonathan Lovett, disqualified because of a "conflict of interest."

When Falk, the lieutenant of Rye's Police Department, filed misconduct charges against Officer Chittenden, the latter retained Lovett as counsel. But it just so happens that three years earlier, when Chittenden alleged Falk was an "incompetent," Falk sought legal advice from Lovett on "how to retain his position" and considered bringing disciplinary charges against Chittenden.

Though Falk never filed a complaint, he regularly communicated with Lovett and was never told the attorney intended to represent Chittenden, nor asked to give his consent to the arrangement. (Falk alleged that Lovett's representation of Chittenden posed a conflict since "confidential information" had been exchanged. Chittenden and his attorney disputed those conversations were enough to establish an attorney-client relationship.)

After the Westchester County Supreme Court decided in Chittenden's favor, the Appellate Division, Second Department, affirmed. While Falk had consulted with Lovett as a private citizen, in this particular instance his involvement was "in his official capacity as a lieutenant of the Rye City Police Department."

On appeal, the New York Court of Appeals reviewed New York's rules of attorney conduct - or Disciplinary Rules -- which concern, among other things, the preservation of confidences and secrets imparted by former clients.

Our state's highest court found Lovett and Falk had an attorney-client relationship, involving the "same or a substantially related matter" and the parties' interests were "materially adverse."

The matters were seen as substantially related because Falk's interest in pursuing "insubordination" charges would likely arise in Chittenden's disciplinary proceeding. And, since the two were "obvious antagonists," Lovett's continuing representation violated the state's Disciplinary Rules and couldn't be permitted to continue.

Don't you just Love it?

To download a copy of the Court of Appeals's decision, please use this link: Falk v. Chittenden