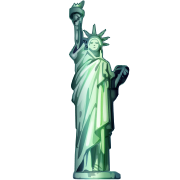 A case may be heard in New York, when a person or a party "does business" in the state and a claimant has suffered an injury here.

Uzan contended New York had jurisdiction over his dispute because Telsim had defended an unrelated lawsuit and sought a loan in New York.

Since the company's practices didn't amount to engaging in business in the state, and Uzan's "injury" didn't occur within our boundaries, the AD1 affirmed the dismissal.

For a copy of the Appellate Division's decision, please use this link: Uzan v. Telsim Mobil Telekomunikasyon Hizmetleri A.S.