It's being billed as an opportunity to discuss with candidate Reddy how the Surrogate's Court can be improved.

While no suggested minimum contribution is listed, the announcement notes that individuals may contribute a maximum of $35,000. 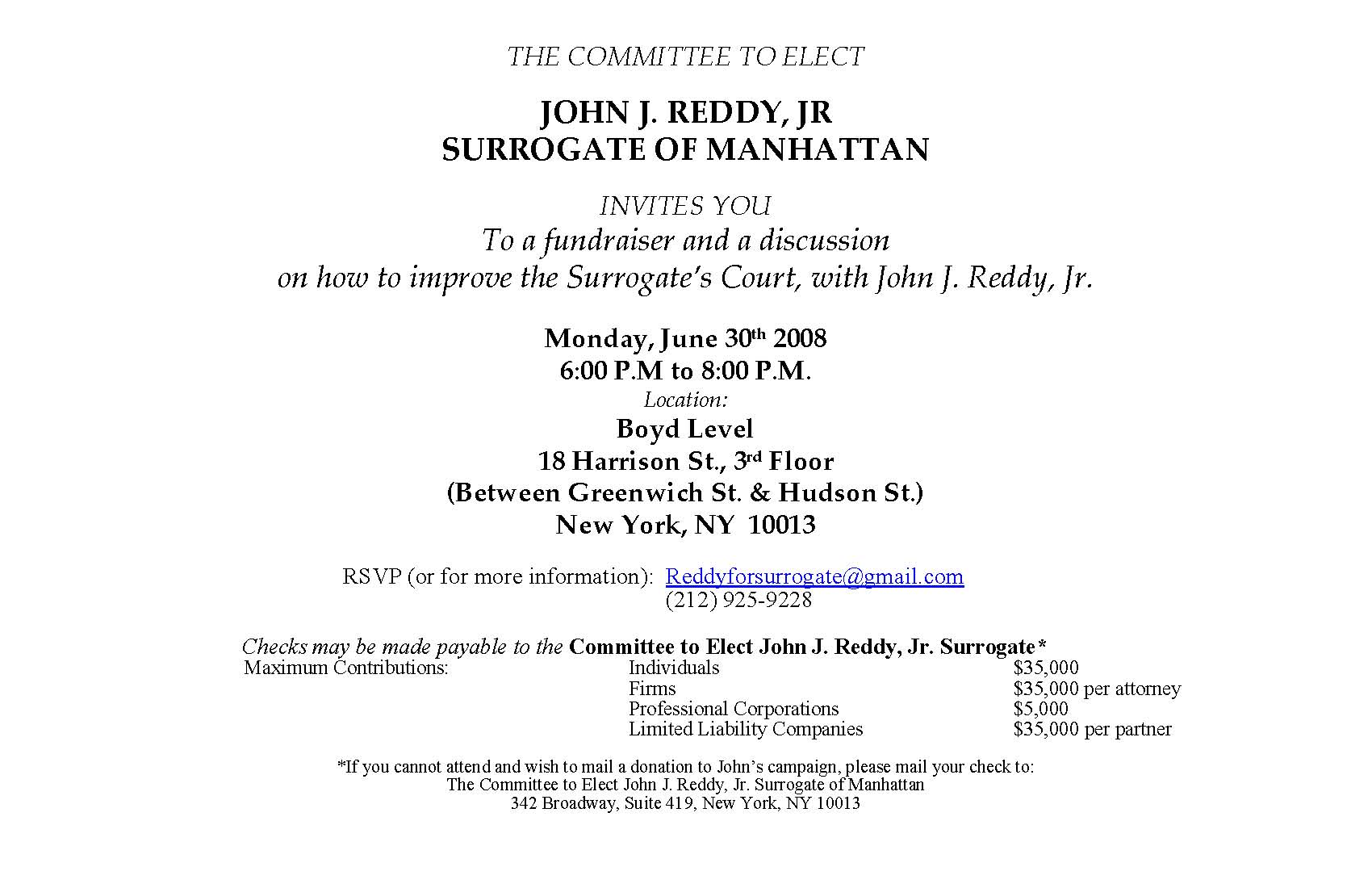 A biographical statement accompanying the invite reads as follows:

As many of you have already heard, John J. Reddy, Jr. is seeking the Democratic Party's nomination for Surrogate of New York County.

John is an adjunct professor at New York Law School, where he teaches Estate Administration and is both a member of the Board of Trustees and President of the law school's Alumni Association. He has also co-authored a number of scholarly articles that have appeared in Probate & Property and the New York Law Journal.

He has taught and lectured on the subject of estate law for countless bar associations and community organizations, serves on the Surrogate's Court Advisory Committee to the Chief Administrative Judge of the Courts of the State of New York and has designed programs utilized by the ABA and various minority bar organizations to prepare attorneys for carreers in Trusts and Estates law. In short, no one knows the Surrogate's Court better than John.