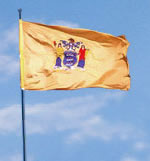 The case was based on the allegation that Durante "made only sporadic use of the subject West 57th Street stabilized apartment for the one-year period from October 2001 to October 2002, during which [Durante] was married to a New Jersey domiciliary."

The New York County Civil Court sided with 60 West 57 Realty, and awarded the landlord possession of the apartment. On appeal, the Appellate Term, First Department, reversed.

The AT1 concluded that the evidence clearly demonstrated that Durante had lived in the subject apartment eight years prior to her "short-lived" marriage, and that she had no ownership or proprietary interest in her former husband's New Jersey home (or any other property for that matter).

During the marriage, Durante "kept most of her furniture and personal belongings in the apartment, did not sublet the apartment, and received her mail there." In addition, the AT1 found that Durante resumed full-time occupancy unit by October of 2002 at the latest, which was six months prior to the expiration of her renewal lease.

In view of that history, and the "settled principle that a husband and wife can maintain two separate primary residences," the AT1 was of the opinion that the landlord failed to establish its nonprimary residence claim and dismissed the case.

Good night, Ms. Durante, wherever you are!