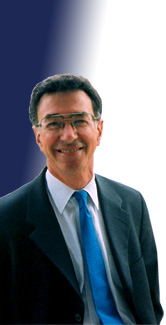 To honor the success of our American athletes in Beijing we have named the most expensive Hot Dogs in the world after some of our Gold, Silver and Bronze medal winners (see press release below). Donors to my congressional campaign can partake in this celebration (the only Republican seat in NYC and John McCain's strongest district in the Northeast). For those who do not want to make a political donation, but still want to taste one of the most expensive Hot Dogs in the world, a similar donation can be made to the United States Paralympics Team who are competing in the Paralympics in Beijing from September 6 through September 17th. To make a generous donation to my campaign please visit www.BobStraniere.com . To donate to the U.S. Paralympics Team please visit their website www.paralympics.teamusa.org .

The Honorable Robert A. Straniere

Staten Island, NY - former Assemblyman Bob Straniere, the conservative Republican candidate for Congress in New York's 13th District, today celebrated the achievements of the United States Olympic Team by naming the most expensive Hot Dogs in the world after some of the best athletes who performed in Beijing and offered them through his campaign until the start of the Paralympics in Beijing on September 6th. Straniere also highlighted the upcoming Paralympics in Beijing and encouraged Americans to support these great American athletes.

The Gold Dogs which cost $4,600 were named after Michael Phelps, the Walsh/May-Treanor duo and the Decathlon winner Bryan Clay.

The Silver Dogs which cost $2,300 were named after Dara Torres, the Women's Gymnastic Team (Johnson, Liukin, Memmel, Peszek, Sacramone and Sloan) along with the four New Yorkers who brought home silver medals from the fencing competition in Beijing (Brooklyn siblings Errin and Keeth Smart, Upper Eastsider Emily Cross and Tim Morehouse from the Bronx).

The Bronze Dogs which cost $1,000 were named after the U.S. Baseball Team, the great runner Walter Dix and Jason Lezak who finished third in the men's 100m freestyle but was the key anchor for the men's 4X100 freestyle relay that gave Phelps his 8th gold medal.

Bob Straniere said, "What better way to celebrate the incredible success of the United States Olympic achievements than by mixing in hot dogs and politics. As the next Congressmen from the 13th District of New York, I will aim to represent the taxpayers of Staten Island and Brooklyn as well as these young men and women represented the United States in Beijing. We are very proud of all the athletes who competed in the Olympics."

"For those who can't stomach politics but still have a very expensive appetite and want to try the most expensive Hot Dogs in the world, a donation to support the upcoming United States Paralympics Team will suffice," Straniere continued.

In order to highlight the upcoming Paralympic Games in Beijing (September 6 through September 17), those individuals who want to participate in the Hot Dog Celebration but don't want to make a political donation, we will send them the same hot dogs if they make a similar charitable donation to support the United States Paralympic Team (

www.paralympics.teamusa.org ). Donors need to simply email us a verification of their generous donation to the U.S. Paralympic Team and we will deliver the Medal Dog to them. More than 200 United States athletes will compete in 18 sports.

ABOUT THE MEDAL DOGS

US Baseball Team Dog: one beef dog with bacon, lettuce, tomato and mayo and a complimentary six-pack of Budweiser beer and a box of Cracker Jacks (assuming donor is of legal age and it complies with state and local laws, otherwise non-alcoholic beer will be substituted)

- this dog comes with a complimentary bottle of water.

Bob Straniere is a former New York State Assemblyman who represented Staten Island for 24 years. He is a proud husband, father of four and grandfather of five. He is a successful entrepreneur and committed public servant. While Bob was a Member of the New York State Assembly Ways and Means Committee, he fought for lower taxes, less government and more freedom. He is a graduate of Wagner College and New York University Law School. He has served for 25 years as an Independent Director of over 30 different American Mutual Funds, including equity, bond, international, tax-exempt and money market funds. As a Congressman, Bob will fight to increase funding for homeland security to protect our ports and tackle the transportation issues facing the district. He supports commonsense energy solutions that combine immediate tax relief for families and a combination of long-term solutions including drilling for more oil and investing in alternative sources of energy. Bob will continu e to be a great advocate for our brave veterans and their families and will continue his fight to protect our most vulnerable citizens: seniors and children.

* The 13th Congressional District for the United States House of Representatives includes all of Staten Island and the neighborhoods of Bay Ridge, Bensonhurst, Dyker Heights, and Gravesend in Brooklyn.

* For more than 27 years, this Congressional District has been represented by Republicans.

* Congressman Vito Fossella currently represents the 13th Congressional District but is retiring after more than a decade of public service.

* In 2006, the worst year for New York Republicans in generations (Elliot Spitzer elected Governor and Hillary Clinton elected Senator), Congressman Fossella was re-elected with more than 56% of the vote.

* In 2000, with Vice President Al Gore carrying the district against Governor George W. Bush, Congressman Fossella won with 65% of the vote.