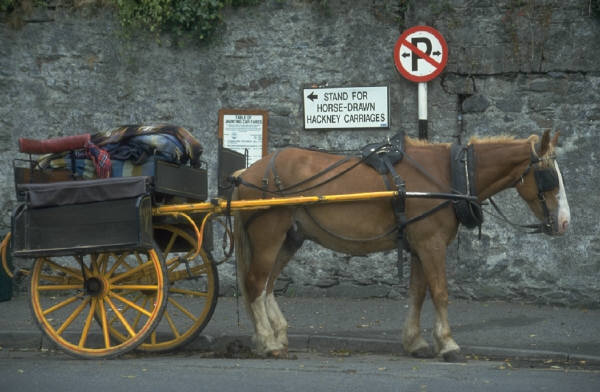 On November 22, 2002, Louie was arrested for driving while intoxicated, and his vehicle was impounded. On December 2, 2002 and December 5, 2002, Louie made several attempts via telephone to recover his vehicle. (Among other things, he contacted a Staten Island police precinct's commanding officer, as well as the New York City Police Department's Property Clerk.) Even though he encountered considerable resistance, Louie persevered.

On December 11, 2002, the Richmond County District Attorney's Office authorized the Property Clerk to release the vehicle to any person who could satisfactorily prove his right to possession. Yet, the vehicle was not returned to Louie. Continuing his pursuit of the matter, Louie wrote a letter to an NYPD official seeking the vehicle's return and included "a copy of the lease, the DA's release, and a copy of the Property Clerk's acknowledgment of the December 11 demand."

On January 24, 2003, Ford reacquired the vehicle and signed an agreement with the City that it would not return the car to Louie or his family. Ford notified Louie that it intended to sell the vehicle, unless he obtained a statement from either NYPD or the Property Clerk that the seizure was in error and that Ford could return the car to Louie. Having failed to procure that statement, Ford sold the vehicle for $30,250.

Ford alleged that Louie breached his agreement when the vehicle was seized and not promptly returned to him. Louie asserted various affirmative defenses and counterclaims, which included that Ford had violated the lease by "wrongfully taking the vehicle, refusing to return it to him, and entering into an agreement with the City of New York to assume possession of the vehicle."

Although a New York County Civil Court Judge denied the parties' requests for summary judgment, on appeal the Appellate Term, First Department, sided with Louie and found that Ford had thwarted Louie's efforts to recover his car.

The AT1 held that Louie made "'immediate and diligent efforts to recover the vehicle; that the District Attorney's office authorized the release of the vehicle to him; that notwithstanding such authorization, [the] NYPD did not return the vehicle to him nor commence forfeiture proceedings; and that [Ford], upon taking possession of the vehicle, declined to return it to him.'"

When Ford appealed to a higher court, the Appellate Division, First Department, also went with Louie finding that "Louie did all that he could."

The law is clear that seized non-contraband property must be returned to the person "who produces proper identification and who submits a written district attorney's release covering such property and the voucher issued at the time of arrest." In view of Louie's compliance with those procedures, the AD1 was of the opinion that Ford had demonstrated bad faith when it impeded Louie's ability to recover the auto.

For a copy of the Appellate Division's decision, please use this link: Ford Motor Credit Co. v. Louie