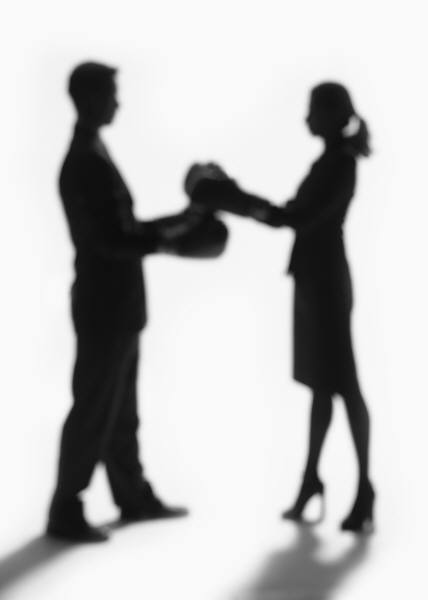 While we hear that phrase bantered about all the time -- since it's often fodder for movies, local newspapers, news shows and other television programs -- few appreciate the legal standards that must be met in order for someone to secure a divorce based on that kind of claim.

By way of example, in Gross v. Gross , Carol Gross claimed that her husband physically and sexually assaulted her by grabbing and pulling her down the hall of their residence, blocking her from exiting a room, throwing her on a bed, and, pushing her against walls.

Sounds pretty horrific, no? Well, the New York County Supreme Court thought so and found that behavior to be sufficient to support a judgment of divorce in Carol's favor. Yet, the Appellate Division, First Department, reversed.

While her husband's conduct may have been "[r]eprehensible and highly offensive," the AD1 did not believe that "cruel-and-inhuman-treatment" had been sufficiently established.*

Here was the AD1's take on Carol's claim:

Reprehensible and highly offensive behavior, however, is not necessarily sufficient to establish the cruel-and-inhuman-treatment ground for divorce. Plaintiff's uncorroborated testimony regarding unwanted physical contact was vague and general, and no evidence was adduced from plaintiff regarding the effects, if any, of defendant's conduct on her physical or mental well-being ... In fact, plaintiff denied suffering any injuries as a result of the incident which occurred in the bathroom. Similarly, plaintiff presented no evidence regarding the effects, if any, on her mental well-being of defendant's conduct in entering the bathroom of their residence while plaintiff was showering. While a party seeking a divorce on the ground of cruel and inhuman treatment is not required to produce medical evidence demonstrating the adverse effects of the defendant's behavior  ... the absence of such evidence may be relevant  ... The absence of medical evidence here is particularly telling in light of plaintiff's failure to offer any other evidence tending to demonstrate that defendant's conduct was "harmful to the plaintiff's physical or mental health and makes cohabitation unsafe or improper" ... At bottom, we are left to speculate as to the effects, if any, of defendant's conduct on plaintiff's physical and mental well-being.

Since when did spousal abuse become acceptable behavior?

And why require the demonstration of an "injury" before abusive conduct can be considered cruel?

For a copy of the Appellate Division's decision, please use this link: Gross v. Gross

*Apparently, it didn't help Carol's claim that the couple had been married for some 37 years and that, as the trial was ongoing, the couple resided together, often conversed in a "civilized manner," and jointly dined and attended social functions.