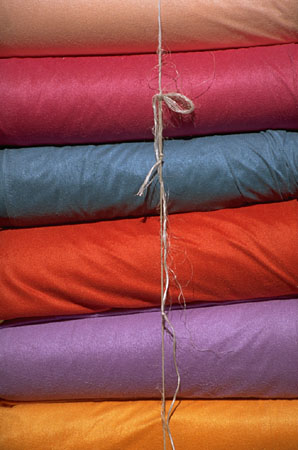 Before a tenant will be evicted for a lease-related violation, a court will usually inquire as to whether the default was "material" or "substantial."

When a breach is found to be inconsequential or "de minimis," courts will not order an eviction. (The law disfavors forfeiture of leases based on trivial or trifling circumstances.) On the other hand, if a violation is found to be of a significant nature, a forfeiture is much more likely to ensue.

That leads us to the inevitable question: What makes a default "substantial?"

According to established precedent, terms like "material" or "substantial" don't lend themselves to a precise, all-encompassing definition. Our favorite quote on the topic can be found in the case of Park East Land Corporation v. Finkelstein, 299 N.Y. 70 (1949), wherein our state's highest court -- the New York State Court of Appeals -- noted as follows:

'Substantial' is a word of general reference which takes on color and precision from its total context. Having little if any meaning when considered in abstract or in vacuum, it must be defined with reference to the peculiar legal and factual setting in which it occurs ....

In other words, what is "substantial" will vary from case to case, depending on the underlying facts and circumstances. However, when the parties to a lease agree that certain conduct will comprise a "substantial obligation," or that misconduct may be deemed a "substantial breach," such private agreements have been honored and enforced by the courts in the absence of some statutory prohibition or affront to some public-policy consideration.

By way of example, in Marshall v. Ahamed , a commercial lease required the tenant to provide its landlord with "professionally prepared plans and specifications" before it engaged in any repairs or improvements to the space. In the event of tenant's noncompliance with the governing terms and conditions, the agreement further provided that such misconduct would be a "material" lease-related violation.

As luck would have it, before it even opened for business, the tenant was alleged to have violated the parties' agreement and was served with notices which ultimately resulted in the tenancy's termination. Although the tenant claimed its noncompliance wasn't "substantial," the Kings County Civil Court disagreed and awarded the landlord a judgment of possession and a money judgment in the amount of $17,505.99. On appeal, the Appellate Term, 2d and 11th Judicial Districts, affirmed. Since the tenant had agreed (in advance) that even a single violation of the lease could be deemed substantial in nature, the appellate court concluded that the tenant could be evicted for its transgressions.

For a copy of the Appellate Term's decision, please use this link: Marshall v. Ahamed