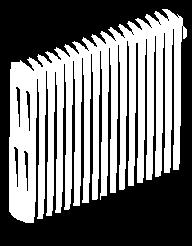 Are landlords required to provide radiator covers (in the absence of some statutory obligation or if the there is no notice given of some defect or condition that would warrant repair)?

According to a decision issued by the New York State Court of Appeals on October 24, 2006, the answer is a resounding no.

In Rivera v. Nelson Realty, LLC, the building's landlord was aware that young children lived in the Riveras's apartment, and refused to provide radiator covers in response to the tenants' repeated requests. After their three year old son, Aaron, was severely injured when he came into contact with an uncovered radiator, the Riveras commenced a personal-injury lawsuit on their son's behalf in the Bronx County Supreme Court.

When the landlord sought to dismiss the Riveras's case--alleging that there was no legal basis for the lawsuit--the Supreme Court denied the request since it believed that there were fact issues which warranted a hearing or trial. But in the absence of a violation of law or breach of some cognizable legal duty, the Appellate Division, First Department, reversed the Supreme Court's order and dismissed the case.

As the AD noted in its decision:

Plaintiffs do not allege that the radiator malfunctioned in any way; they simply argue that a jury could find that the radiator should have been covered so as to prevent young children from touching it. The uncovered radiator does not, however, constitute the type of hazardous condition of which actual or constructive notice would expose a landlord to common-law liability...Thus, notwithstanding the tenant's complaints in this case, it was not the landlord's duty to provide a cover for the radiator. Accordingly, we reverse and grant the landlord summary judgment....

Plaintiffs also make a secondary argument that an issue exists as to whether the radiator in question complied with section 27-809 of the Administrative Code of the City of New York ["All accessible piping in habitable and occupiable rooms carrying steam, water or other fluids at temperatures exceeding one hundred and sixty-five degrees Fahrenheit shall be insulated...."]. That provision does not, however, have any relevance to this matter...Administrative Code section 27-809 states that it applies to "piping," and makes no reference to radiators. This strongly suggests that radiators are not within the scope of the provision, since the word "piping" is not usually understood to include radiators.

After an appeal to the state's highest court, the New York State Court of Appeals agreed with the Appellate Division's assessment of the claim and concluded that Aaron's parents were exclusively responsible for protecting their child against this particular hazard.

Rather than engage in impermissible "judicial legislating," the state's highest court observed as follows:

No duty to remedy this alleged hazard is imposed by the Multiple Dwelling Law or arises under common law by virtue of the lease. Accordingly, any duty to protect children from uncovered radiators remains that of the tenant, unless some other statute or regulation imposes it on the landlord...The decision whether radiator covers must be supplied by landlords is thus left to legislators and regulators, who are in the best position to balance the harm prevented by this safety measure against its cost--a cost which, if imposed on landlords, becomes part of the overall cost of rental housing.

For a copy of the Court of Appeals's decision in Rivera v. Nelson Realty, LLC, please click on the following link:
http://www.nycourts.gov/reporter/3dseries/2006/2006_07598.htm

For a copy of the Appellate Division's decision, please click on the following link:
http://www.nycourts.gov/reporter/3dseries/2005/2005_05978.htm